I recently took part in an author fair in Lincoln City, Oregon. Because over fifty authors participated, two authors shared each table. I set up my display, taking care to use only my half. Shortly after, my tablemate, Arlene Sachitano, appeared. Her quilted table cover immediately caught my interest. When she unpacked her books and placed them on the table, I was hooked. Who wouldn’t be with titles like Make Quilts Not War, Quilt by Association, A Quilt Before the Storm? I had to know more. She kindly agreed to share her story. I’m pleased to welcome Arlene Sachitano, the author of cozy mysteries, to Book Blather. 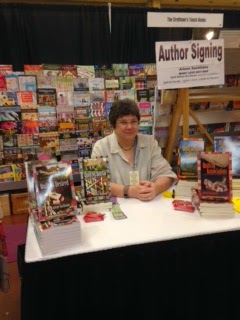 Yes, many times removed. I have a friend named Jefferson Davis and I noticed that every time someone met him, he had to explain his name. I wanted Harriet’s parents to have done that to her. They are somewhat inconsiderate of her.

I’m sure there is-- but remember there is a little bit of Arlene in each of my killers too! Any character you create has your knowledge base, so that has to bleed through somewhere in each of them. 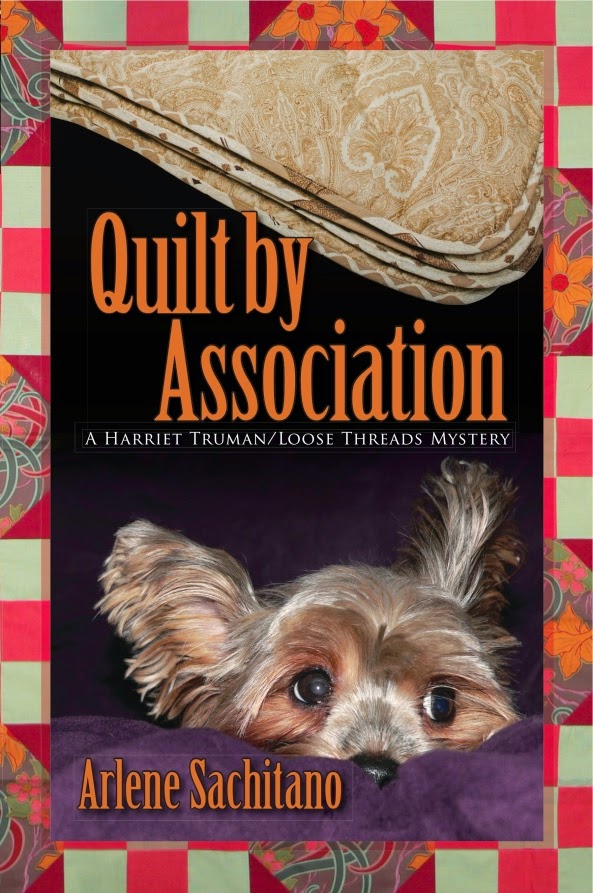 You live in Oregon, yet the setting for your quilting mysteries is in the fictional Foggy Point, Washington. How did that come about?

My best friend Susan and her husband had a house in Port Townsend, Washington for five years. We spent Thanksgiving there during those years as well as visiting other times. It is a beautiful area, but more important, it is surrounded by water on three sides, limiting the roads in and out. It also restricts big box stores to the outer perimeter of the town. All those elements are helpful in creating a town where you want to kill people. Isolation, lack of a large police force and a limited population are all ingredients necessary for  a cozy mystery. Foggy Point has a slightly larger population than Port Townsend, because you need more people if you are going to have the higher death rate necessary in a mystery series.

The quilting group in your mysteries has at least twenty members. Do you plan to feature each one in a book?

There are ten key players, Harriet and Lauren, Aunt Beth, Mavis and Connie, Robin and DeAnn, Jenny, Carla and Sarah with Detective Morse and Criminalist Darcy Lewis as part time members. We also see the quilt store owner, Marjory Swain in some of the episodes and the “token male” restaurant owner Jorge Perez. Whether they are featured or not is dictated by the story. Robin being an attorney brings her into many of the stories. 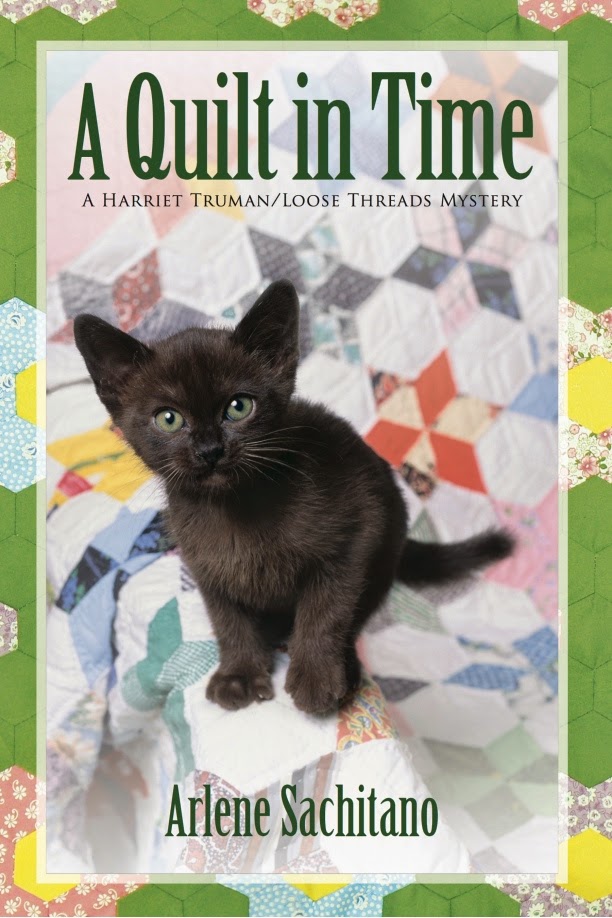 Your book Chip and Die features a different protagonist, Harley Spring, and isn’t about quilting. What prompted you to write this book?

Chip and Die was my first book. People say ‘write what you know’ so I gave Harley my old job - production supervisor in a high-tech factory. I soon realized that if you had to write what you really know, there would be few murder mysteries. I did work with a woman who had an ex-husband who tried to kill her twice-once at work! One of my employees was arrested for murder also - so my book is not as far from the truth as we would all hope. The book is not technical but rather about people in groups.

Tell us about your journey to publication.

I did all the usual things to get published. I sent out a lot of query letters to agents and publishers. I got an agent who was pretty much a fraud. At the same time, I had a mystery writing teacher who led several of us to a short story opportunity, providing the much sought after ‘clippings’. I belong to Sisters-in-Crime, a writing organization that supports woman mystery writers, and read the group email lists. Someone made a post about my publisher wanting to add a few mystery writers to its collection of SF and romance writers. I queried and the rest is history. 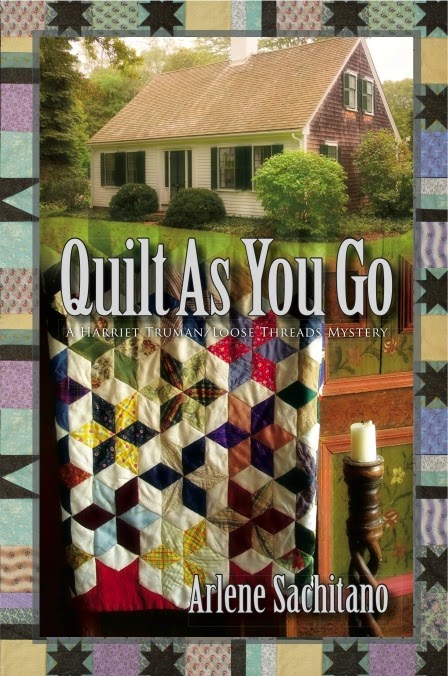 Do you have any advice for beginning writers?

My advice is two-fold. First, take classes to learn about writing - story structure, character development, etc.  There is a great book called Writing Fiction by Janet Burroway. This book has examples of good writing as well as lots of exercises for you to do. Second, work at it. Write a lot and finish stories you start. My mentor told me many people start books, few finish. 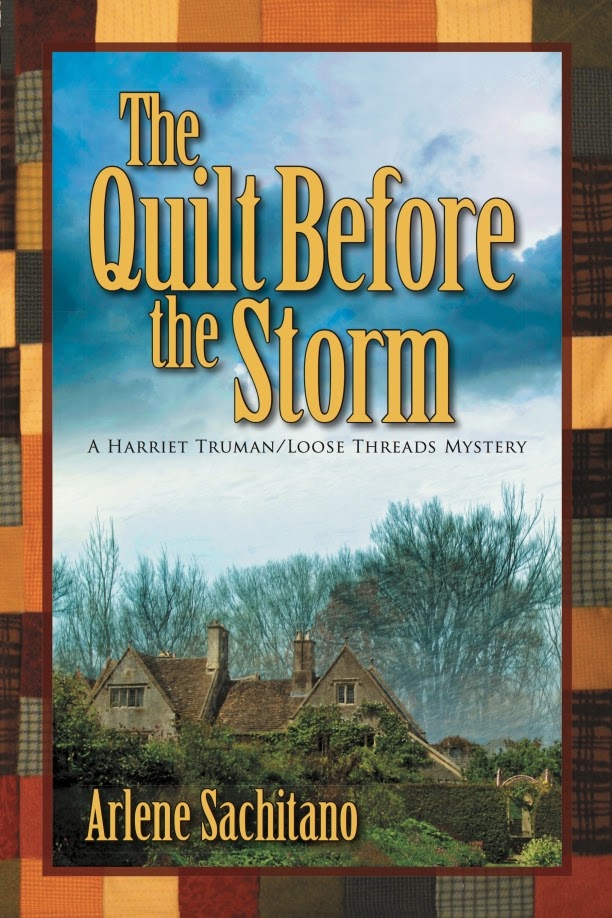 What do you read for pleasure?

I have very eclectic tastes. I read Young Adult Dystopian fiction, murder mysteries of all sub-genre, a little romance, a little science fiction and science fantasy, some historical, I read lots of non-fiction about forensics.

You are also an accomplished knitter. Any plans for a knitting mystery? Perhaps solving a death by knitting needle?

I am planning a knitting mystery!

Posted by Marilee Brothers at 8:34 AM