I’m delighted to welcome my friend, Donna Scofield, back to Book Blather.  On a previous visit, she described her horrendous experience with Crypto Wall, cyber pirates who captured the contents of her computer and almost put an end to a promising writing career. Thankfully, like her pioneer forbears, Donna is not a quitter. She rallied and the result is a delightful historical novel. So glad you hung in there, Donna! 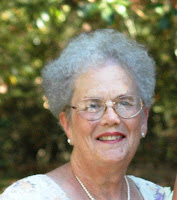 Tell us about your new book, That First Montana Year.

It’s set in 1881, when Will and B’Anne, who were once sweethearts, are separated by a beautiful big-city girl who comes to visit relatives in their little Iowa town. Several months later, Will and B’Anne are trapped overnight together by a blizzard in a remote cabin. Sure enough, B’Anne gets pregnant, a scandal for a minister’s daughter. A hurried wedding follows, and to avoid the gossip and try to make the best of a bad situation, the two young people are sent to Montana Territory, where an uncle that Will has never met will hopefully befriend them. The book tells about their homesteading hardships, loneliness, and the making of a new life with new friends. Underlying it is the struggle of an insecure young wife, not knowing if Will is beginning to love her again, or just trying to make the best of it.

Can you give us some insight into your main characters, B’Anne and Will?

B’Anne is a strong-minded girl, willing to work hard to make a marriage. She is secure in Iowa, with loving parents and surrounded by aunts and cousins that she misses more than she ever thought possible. She never stopped loving Will, and that night in the blizzard, she thought he had returned to her. She agrees to the shot-gun wedding and exile to Montana Territory, knowing it’s the only workable solution to her problem. Once there, she is determined to do whatever it takes to make a home for the expected baby.

Will is a well-meaning young man, forced to “do right” by B’Anne. When they were sweethearts, he had dreamed of them going to Uncle Hiram in Montana Territory and having a farm of their own. Now that part of his dream is coming true, even though it meant giving up the glamourous Victoria from Boston. He’s willing to work hard, but his lingering ties to Victoria and to his domineering mother keep B’Anne in a state of uncertainty. 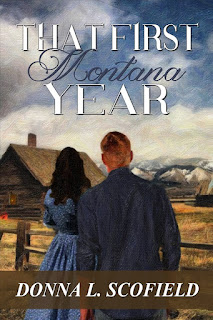 I know you’ve done extensive research on your ancestors. Did your idea for That First Montana Year spring from your research?

That research about life in the 1800s left me wanting to use everything I’d learned in another book. On a trip through Montana, the little town of Choteau, on the Rocky Mountain Front, impressed me as the ideal setting…not the lush Pacific Northwest, but not the arid, ugly Eastern Montana, either. We spent hours in the Homesteading Museum at Fort Benton, Montana, which was very helpful in making Will and B’Anne’s lives accurate and real.

Is there a message in your book you’d like readers to grasp?

I’d like readers to realize that marriage is much more than sunshine and roses; and that hard work has its rewards. Also, that a spunky, resourceful personality stands the test of time much better than fluttering eyelashes and lacy parasols.

Can we look forward to a new book in the future?

I’m not sure. Several readers have expressed a desire for a serial. However, I’m going to be 79 next month, and now that I know just how long it takes from my keyboard to a bookstore shelf, I have a few doubts about writing another one.

Where can we buy your book?
It’s available from the publisher Lighthouse of the Carolinas Publishing lighthousepublishingofthecarolinas.com
Amazon: http://www.amazon.com/That-First-Montana-Historical-Fiction-ebook/dp/B0160P1232
Soon to be available from Inklings Bookstore in Yakima. I think that it is supposed to eventually be available at Barnes and Noble, too.

Do you recall how your interest in writing originated?

Like most writers, I think it grew from my love of reading. I’d climb the cherry tree and hide in the branches with a book to escape chores, only coming down when my mom’s shouts had a strong element of anger. I was making up stories in my head from about the age of ten, and that never stopped. After getting a computer, I began putting the head stories on paper.

When did you first consider yourself a writer?

I was a senior in high school when I realized I could write. While raising a family I put the hobby on hold, but never lost the desire.

I know you’re an avid reader. What are you reading right now?

I very recently read The Martian by Andy Weir, and just finished The Invention of Wings by Sue Monk Kidd. I enjoy historical fiction, science fiction, mysteries, and stories of dystopian life. In that area, I loved the World Made by Hand series by James Kunstler.

Tell us about your writing routine.

I’m sorry to say I don’t really have a set routine. I think a story completely through in my head before starting to put it into words. I write when I’m in the mood (and by the time I have the story thought through, I’m in the mood). I do a lot of writing late at night, when mine is the only house in the neighborhood with the lights still on. If I reach a block or completely lose the mood, I do something completely different for a while…like cleaning closets or going shopping.

Do you have a favorite author?

Need more info? Check out the review below, followed by several excerpts from That First MontanaYear

By Elaine Marie Cooper on October 21, 2015
Format: Kindle Edition
“That First Montana Year” by Donna Scofield was a refreshing read. Although following a romance at the core, it was anything but typical in its storyline. The young couple start off their life with a “shotgun wedding” and leave their homes in Iowa to start a new life away from gossiping tongues.

Their struggles of setting up home in the unclaimed Montana Territory and their adjustments to life together and making new friends was well played out in the musings of B’Anne, the pregnant and insecure wife. Historical details were abundant and informative from the farming to the food preparation to the medical practices of the late 1800’s. The 19th century dialogue flowed smoothly and added realism to the story.

“That First Montana Year” was an adult version of the “Little House on the Prairie” books. Enjoyable and heartwarming.”

"I didn’t make it all the way to the privy before I lost my breakfast. I splattered the hollyhocks instead. When I heard Ma gasp, “B’Anne!” I knew my secret was out. I could have hidden it for another month at least, maybe two. Maybe by then I’d have figured out what to do. But it was too late now. My shame was exposed on the blossom of a hollyhock."

"Will looked up and raised his eyebrows when he saw what I was wearing, and my damp hair wrapped in my apron. “You took a bath in the creek? Should have told me; I’d have joined you.”
I stared at him. Ma had warned me that with our rocky start, I’d have to try extra hard to make my husband happy, but there was a limit to how much I had to put up with. My plan had been to present Will with his favorite supper, then a willing, rose-smelling, sweet-tempered wife, but the plan disappeared in a puff of smoke.
“After the way you’ve treated me the last few days, do you really think I’d come looking for you and say ‘Will, come take a bath in the creek with me’?”

“There’s one thing that’s not going to slow down, Will.” I took his hand and laid it on my stomach, where the baby was moving as if it could sense how upset I was. “We just have to do the best we can to be ready for it.” I looked straight into his eyes. “I can do it by myself if I have to. Are you up to it?”
I couldn’t tell if it was anger or determination I saw in his eyes. “Yes, I’m up to it.”

"A blast of wind shook the cabin, and the blaze of the lamp by the window flickered from the draft. Where was Will? Was he wandering on a snow-blinded horse that was trying to find the way home? Was he lucky enough to have run into a fence to guide him to an isolated house or at least a barn? Or was he frozen, not to be found until the snow melted?"