What Cracks You Up?

I think we all know humor is objective. What I think is funny, you may find utterly stupid. According to Wikipedia—and we know they are the experts in all things—humor is based on a number of variables such as age, geographical location, intelligence and possibly gender. I would amend that to say absolutely gender, since my husband enjoys physical humor (slapstick, pratfalls, etc.) while I crack up at satire.

Here’s an example: I just read a hilarious book by Dave Barry titled Insane City. The loony plot involves a destination wedding in Miami, Florida. The groom, Seth, and his Groom Posse get wasted and Seth somehow ends up with a Cuban girl and her friend, Duane, who has a eleven foot albino python named Blossom. When they attempt to get into a taxi, the driver says, “No snakes!” to which Duane replies, “But she’s a service snake.” This struck me as hilariously funny. In fact, days later, it still makes me giggle. But when I related it to my husband, he gave the obligatory chuckle, “Heh, heh, heh.” This alerted me to the fact that, to him, it was only mildly humorous. What? How could he not think that was funny? That thought remained unspoken.


Then, I remembered the last time he laughed his cute little buns off. It was a Cheech and Chong movie. The two were in Mexico and Cheech ate tacos made with an unidentifiable meat source. You already know the result. In order to counteract the inevitable Montezuma’s Revenge, he slurps up an ice cream cone. The part that made hubby roll on the floor? Cheech, butt cheeks clenched, running for a bathroom and yelling, “Come on, ice cream!”

Okay, kind of funny, but not service snake funny. Maybe that’s why I almost cried when Gary Larson quit drawing The Far Side. I own all his books, every sketch he ever made and still enjoy them. Yet, I know people who shrug their shoulders and say, “I don’t get it.” I don’t hang out with those people. Life’s too short.

So, what makes you laugh?

Posted by Marilee Brothers at 9:23 AM 6 comments:

I’m delighted to welcome fellow author Kai Strand back to Book Blather. Her latest release is a young adult book titled Worth the Effort and, trust me, Kai’s books are definitely worth the effort. After reading Kai’s post, be sure to enter her contest. She’s giving away coffee and books. What could be better? 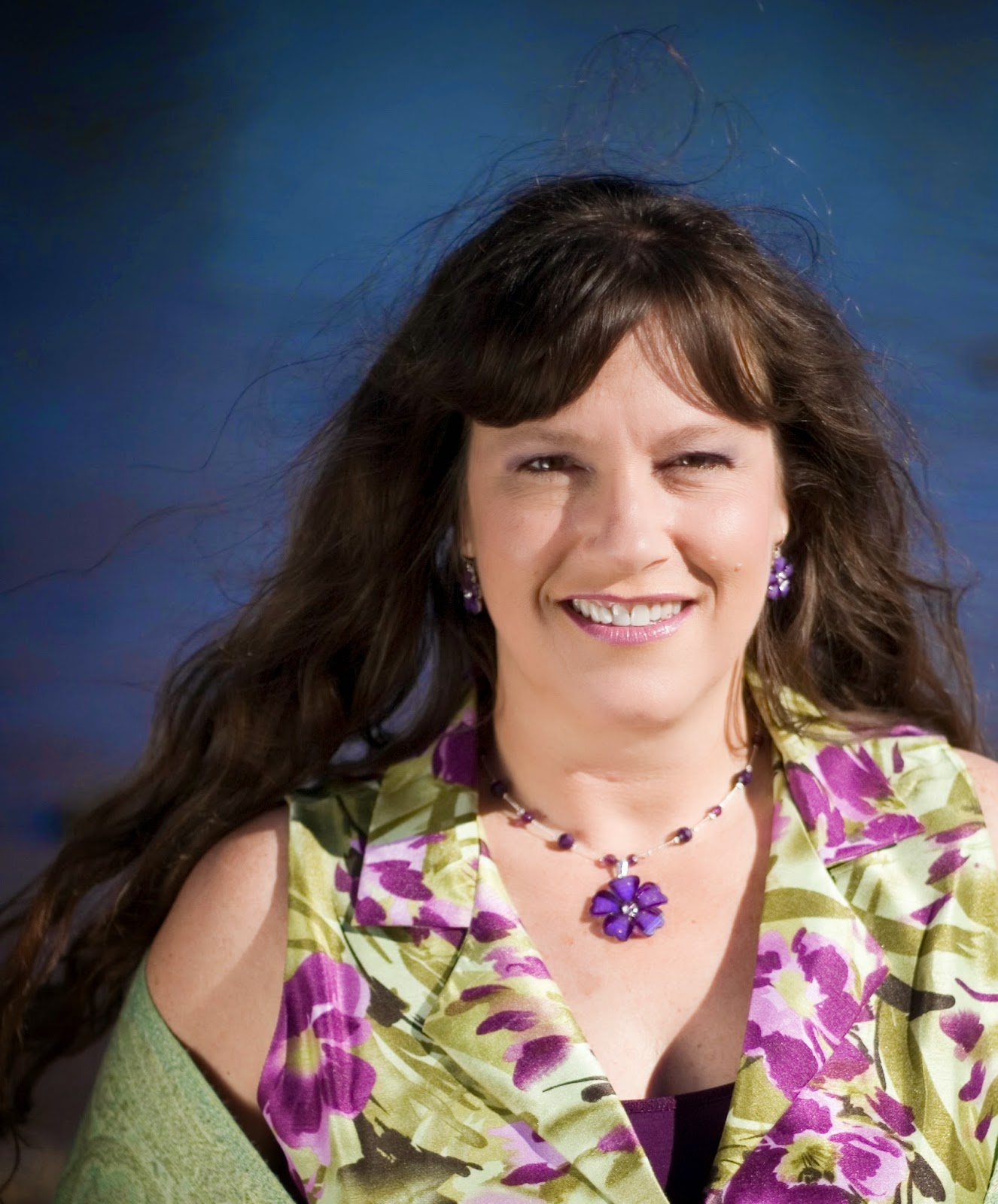 I thought it might be fun to reminisce over what I was like when I was the age of my main character in my new ya romance, Worth the Effort: Ella’s Story. 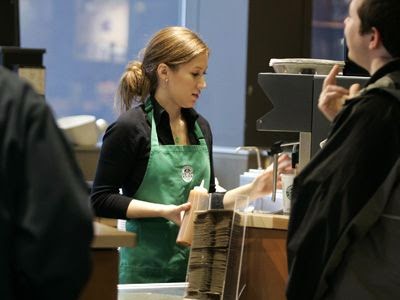 First let’s look at Ella. She’s a senior in high school. A barista. She works the opening shift so she can get more hours in. That means she shows up at 4:00 am, works four or five hours, depending on her school schedule, and then goes to school until almost three in the afternoon. She wants to go to college and major in Environmental Studies.

Now let’s look at me. When I was a senior in high school I had a steady boyfriend and a very part-time job tagging clothes in a warehouse. I called in to see if there was work when I wanted to work. The job paid for gas and insurance for the car my dad gave me. Like Ella, I spent a lot of time in a coffee shop, but I was with my friends drinking pots of coffee and lamenting the woes of teenagerdom for hours on end. The restaurant was called Barnaby’s and our regular waitress was named Wulla. She had curly, graying hair. She was cranky, and overweight, and walked like her feet permanently hurt.

I wasn’t as focused as Ella seems to be. Yet, as Ella’s Story unfolds, we realize she isn’t actually as focused as she appears. Even she doesn’t realize it until she meets Ayden, a homeless boy who makes her question her goals and her motivations. I think most high school seniors are walking that very thin line between being kids and planning their futures.

What were you like your senior year of high school? Did you have it all figured out? Did it play out like you’d planned? Or were you like me and scared to death of life after graduation? 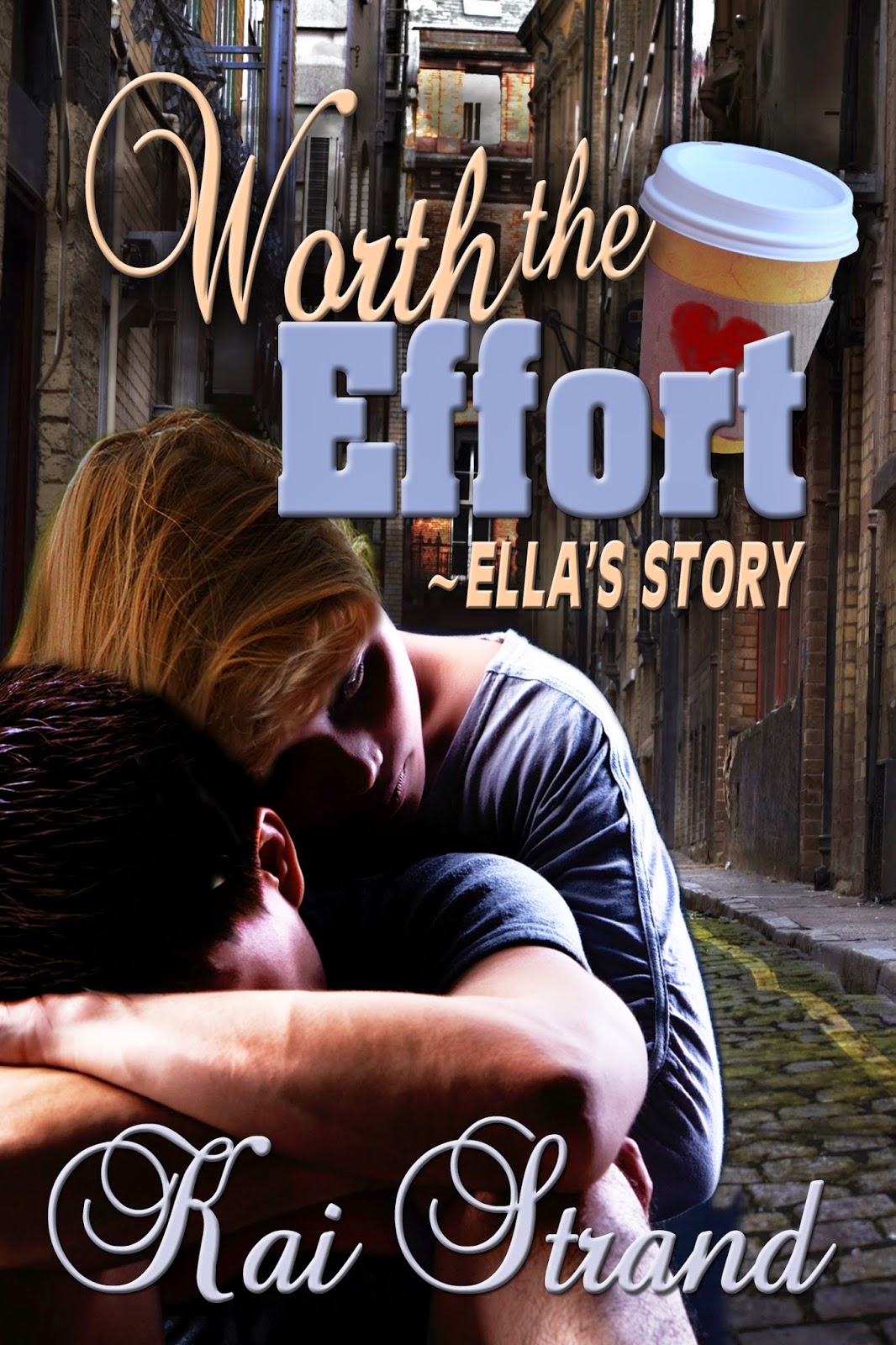 Ella Jones is a coward. There is a teen boy living in the alley behind her work and she is terrified of him.

Desperate to leave behind the stereotypical and judgmental world she was raised in, Ella forces herself to make a true connection with seventeen-year-old Ayden Worth. As their friendship grows Ayden’s quiet, gentle ways teach her true courage.

But there’s more to Ayden’s story than Ella knows. When their worlds collide in the most unexpected place, Ella feels betrayed. Will she find the courage to learn who Ayden really is, or will she determine he’s not worth the effort?

When her children were young and the electricity winked out, Kai Strand gathered her family around the fireplace and they told stories, one sentence at a time. Her boys were rather fond of the ending, “And then everybody died. The end.” Now an award winning children’s author, Kai crafts fiction for kids and teens to provide an escape hatch from their reality. With a selection of novels for young adult and middle grade readers and short stories for the younger ones, Kai entertains children of all ages, and their adults. Learn more about Kai and her books on her website, www.kaistrand.com.


a Rafflecopter giveaway
Posted by Marilee Brothers at 7:03 AM 3 comments:

My author friend Cathy Perkins asked me to participate in this blog tour by answering four questions about my writing process. How could I say “no?”

What am I working on?

I’m currently working on an adult novel titled, Affliction. My protagonist, twenty-two-year old Honor Melanie Sullivan (Mel), has been diagnosed with a form of autism—Aspergers—due to her lack of social skills and reluctance to make eye contact. However, her true affliction is something quite different. After a childhood trauma, she develops the ability to look into a person’s eyes and read his soul.

Quite often, she doesn’t like what she sees, hence her social awkwardness. A series of unfortunate events result in Mel leaving her home in southern California. She travels to Bend, Oregon to stay with her best friend, Dani, but finds Dani in a coma. According to Dani’s husband, she fell from a ladder. When Dani dies, Mel becomes deeply suspicious. She decides to stay in Bend, determined to find out what happened to her friend. That decision leads to a relationship with an ex military cop. Together, they unravel the mystery around Dani's death, a twisted trail involving human trafficking and baby selling.

How does my work differ from others of its genre?

It’s difficult for me to answer that question, however a number of reviewers use the word different when describing my books. I’m not sure if that’s a good thing or bad thing. Maybe it’s because I don’t seem to be able to write a book without throwing in some humor, even if it’s a deadly serious plot. Maybe my mind just looks at things from a different perspective from that of most people’s and it emerges in my voice.

Why do I write what I do?

Probably because I’m easily bored. I didn’t intend to write young adult fiction until an editor encouraged me to do so. Previously, I’d written a medieval romance and a contemporary romantic suspense. After writing six books in the YA fantasy genre, I’m ready to get back to writing for adults.

How does my writing process work?

I’ll use a popcorn analogy. The process begins with a few cold unpopped kernels rattling around in my head. This is followed by a gestation period. As I spend time thinking about the story and the characters I want to create, my brain heats up and the popcorn kernels begin to jiggle and dance. Pop,pop, pop! Yes! I know how to start my book. Let’s call this Point A. A few more kernels burst and the ending appears. Point B. When I start writing, I rarely know what will transpire between Point A and Point B. But I’ve learned not to stress over it. Once I embark on my writing journey, the creative juices begin to flow. New plot twists arise. New characters are born. I have learned to trust the process, especially when I remind myself, “It’s not in stone.”

Next week, be sure to see how Sue Roebuck, Skye Taylor and Regina Scott answer the same four questions. Scroll down for more about these writers.
Sue Roebuck lives by the sea in Portugal with her husband but was born and brought up in the UK. Her published books are Perfect Score, a suspense novel, and a dark fantasy, Hewhay Hall. She is waiting to publish her third book, Rising Tide, the first book in a series about a Portuguese fishing village that time (and most of Portugal) has forgotten.

Skye Taylor lives in a bungalow on a barrier island in Florida where she divides her time between writing novels, walking the beach, and trying to keep her to-be-read pile from taking over the house. She considers life an adventure and after all of her kids were on their own, she spent two years in the South Pacific with the Peace Corps. Skye has five grown children and fourteen grandchildren. She's a member of Florida Writer's Asssociation,  RWA,  and Ancient City Romance Authors.

Regina Scott started writing novels in the third grade.  Thankfully for literature as we know it, she didn’t actually sell her first novel until she learned a bit more about writing.  Since her first book was published in 1998, her more than 25 published works have traveled the globe, with translations in many languages including Dutch, German, Italian and Portuguese.  She and her husband reside in southeast Washington State with their overactive Irish terrier.


She’ll be posting at www.nineteenteen.com.
Posted by Marilee Brothers at 8:34 AM 6 comments: