Rebecca Rogers, legal secretary by day, reader and writer by night, shares the story behind her debut novel, Silver Moon, the first in a trilogy. It is available from Amazon. 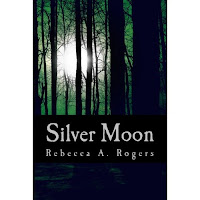 "Some might ask when I began writing, or what actually sparked my desire to write a novel. The truth is: I can’t give a defining moment. I’ve been writing for as long as I could form sentences. Growing up, I was influenced by several different authors/books: Little House on the Prairie, Goosebumps, anything by Lois Duncan or Annette Curtis Klause, and, of course, Harry Potter.
My first book, Silver Moon is about werewolves. How did Little House on the Prairie evolve into werewolves? As I’ve grown as a reader and writer, my tastes varied from one genre to the next. By diving into different worlds, I’ve been able to broaden my imagination. I’ve learned all writing styles are different, and that no matter how much they resemble each other, they’ll never be exactly the same. Each has its own personal fingerprint.
This left me with a canvas as white and blank as any fresh beginning. I realized the worlds I see could only exist if I created them. At the time I didn’t know this new power would lead to joy, distress, rejection and the conviction that the only person stopping me from achieving my dreams was me. I couldn’t let that happen.
I still feel like I have a long way to go and much more to learn, but I’m getting there. I think writing is like any other craft—you have to practice, practice, practice before you truly see results. It takes a good amount of time and hard work, but it’s definitely worth the payoff when someone else can escape to the world you've created."
Posted by Marilee Brothers at 11:50 AM 7 comments:

Another Recipe from Chef Jean Denham

Happiness is….a plate of Martha Edmond’s Comfort cookies, a glass of wine, a cup of coffee or tea, and a good book. And, if the book is, “Bloodroot”, by Susan Wittig Albert, you’ll read all about the cookies. I’m reading this book now and ran across this recipe and immediately gathered up the ingredients and they have just come out of the oven. Wonderful aromas preceded the tasting and both are wonderful. So, cuddle up and enjoy.
Martha Edmond’s Comfort Cookies
1 cup sugar
1/2 cup butter or margarine
1 egg, beaten
1 cup grated zucchini
2 cups all-purpose flour
1/2 tsp. each: cinnamon, cloves, and salt
1 tsp. baking soda
2 T. finely chopped fresh basil
1 cup chopped nuts
Preheat oven to 375°F. Cream sugar and butter; add egg and beat. Add grated zucchini alternately with dry ingredients, mix together. Stir in basil and nuts. Drop by small spoonfuls onto greased chookie sheets and bake 12-15 minutes. Makes 3 dozen.
Recipe from: Susan Wittig Albert, “Bloodroot”
Posted by Marilee Brothers at 11:49 AM 2 comments:

Sue Roebuck has generously offered to give one lucky commenter a copy of her book, Perfect Score. Other prizes up for grabs are a $10 iTunes download or a box of a delicious fruit-nut confectionery from my home state of Washington.
Posted by Marilee Brothers at 11:19 AM 3 comments:

I don't usually read books about vampires because I'm always disappointed after being weaned on Anne Rice's “Interview with a Vampire” and Bram Stoker's “Dracula”.

But “Rabbit Chasing Beth Rider” was like a breath of fresh air in the "same-old, same-old" vampire craze that's hitting the bookshops now.
Beth Rider is a best-selling author of novels about vampires seeking redemption. And the vampires (or Rakum) don’t like it one little bit, especially as some of their kind are converting. So they’re out to get her. Watch out Rabbit!

Ellen C. Maze has taken a completely different angle on the genre and created a believable tale. She has been brave enough to include an inspirational direction which is something I've always found lacking in other vampire tales. Her inclusion of religious history is authentic and because the Rakum are a race that mingle with us mere Humans without us realizing, it makes me wonder about the people around me (paranoid now!). There is definitely Good and Evil in this world but, what makes it worse, is that the Rakum are not totally despicable - they have some redeeming and even likable features.
So, instead of being a light novel, this story presents much food for thought. But never fear, Ms Maze doesn’t preach at all because the reader is too busy following a great story-line that never seems to give up.
I found it to be one of those novels I was desperate to finish, and yet, scared to get to the end too quickly so with nails bitten to the quick I rationed myself to several pages a day.
The hook is there right from the beginning and it’ll never let you go, even after you’ve finished reading. But a quick word of warning to authors - be careful what you write about! Be afraid, be very afraid.

Submitted by Susan Roebuck, author of “Perfect Score” available from Awe-Struck Publishing.
Posted by Marilee Brothers at 11:11 AM 3 comments:

Do you adore books you can’t put down? I do and that’s why this book kept my real-life at bay for a good day and night. “Rabbit: Chasing Beth Rider” made such an impression on me that I had to contact Ellen to express my whole-hearted appreciation. Was that cheeky of me? I don’t think so because, as an author, I’d love to hear what my readers think – good and bad. However, I was surprised when Ellen replied expressing her delight at my message. Wowza.
Ellen’s inspirational vampire book is ranked number 1 at Amazon in the Kindle bookstore. And if you look at the reviews there, you’ll understand why: “A book u will just devour”; “awesome new twist on a classic genre…”; "Maze's storytelling is fast and fun, overflowing with ideas and spiritual insight." From NYT Bestselling Author Eric Wilson. This is an author to watch out for because she’ll be up in the best-sellers lists in no time. She’s already Amazon’s Best Customer- Ranked.
I have a feeling that this quote which I filched from her GoodReads Page http://www.goodreads.com/author/show/3198547.Ellen_C_Maze just about sums Ellen up perfectly:
"You can't wait around for someone else to make you happy. Make joy in your own heart and go from there."

Submitted by Sue Roebuck
Posted by Marilee Brothers at 11:10 AM No comments:

Review - Dead in the Family by Charlaine Harris

At the risk of incurring the wrath of True Blood fans—and they are legion—I confess I did not love this book. Dead in the Family is the tenth book featuring Sookie Stackhouse, the Louisiana barmaid who has the ability to read people’s thoughts. She considers this an affliction since it’s hard to maintain a relationship when you know what someone really thinks of you. In book ten, her first lover, vampire Bill Compton, has turned a sickly gray color, the victim of silver poisoning. Sookie is now getting it on with vampire Eric.

The qualities I loved about Sookie, her sweetness and her humorous take on life, are conspicuously absent. Granted, she suffered some serious injuries at the end of book nine, but it appears the bad fairies removed her sense of humor along with a chunk of her thigh. She plods grimly through her daily routine and we plod along with her, sometimes for pages and pages. She wants revenge and obsesses about killing those responsible for her injuries. Very un-Sookie-like.

Plot-wise, the book never really gets going. It meanders back and forth between vampires, fairies and shape shifters, as if Ms. Harris couldn’t really decide which supernatural creature to focus on.Fangs? Fur? Fairy? There was one laugh out loud moment. Eric’s maker shows up with Alexei Romanov in tow. Alexei, the hemophiliac son of Russian aristocracy, was supposedly murdered in the Bolshevik rebellion. Alexei is now a vampire. Sookie’s clueless brother, Jason, is totally mystified by the whole scenario. In Sookie’s words, Jason’s idea of history was remembering Jimmy Carter’s embarrassing brother.

I tried to become a fan of HBO’s True Blood, based on Harris’s novels. I really did. Anna Paquin is the perfect Sookie. The other cast members are equally as good. I watched a number of episodes before my stomach rebelled. Licking someone’s bloody face just doesn’t do it for me. The best part of the series? The theme song. If you haven’t heard Jace Everett’s growling, “I wanna do real bad things to you,” you’re in for a treat. Hot!

Although I’m sure Ms. Harris’ agent and publishers do not agree, I think it’s time for Sookie to get herself a warm-blooded male and fade into the blood-red sunset. All good things must come to an end.

So many books, so little time...

What do these authors have in common? They've all written books I love. Less than a month ago, I wrote my first fan letter ever to one of them and, incredibly, got a reply. Why is this significant? Because, my lovelies, if you can figure out who it was, you could win a prize: your choice between a $10 iTunes download or a box of the delicious fruit/nut confectionary from my home state of Washington. Here's your one and only clue: the author writes a series that takes place in the south. In case there's more than one correct response, I'll throw the names in a hat and do a blind draw.

So, what genre do you love? Hot and heavy? Inspirational? Oprah books? Chick lit? Hen lit? Paranormal? Memoirs? Or, maybe, like me, you love 'em all. Be sure to check in and leave a comment, even if it's "Hey, has anybody read (insert title here)? 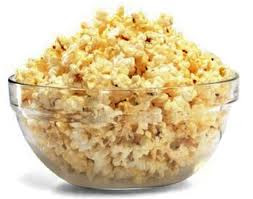 Here's a fun and delicious popcorn to be enjoyed at parties or curled up with a favorite book. If you can't find truffle oil or salt at your specialty stores, they can be purchased on the internet.

Jean's tip: Truffle popcorn is wonderful with a glass of Barbaresco, Pinot Noir, Chardonnay or, of course, brut champagne.
Posted by Marilee Brothers at 1:12 PM 1 comment:

Email ThisBlogThis!Share to TwitterShare to FacebookShare to Pinterest
Newer Posts Home
Subscribe to: Posts (Atom)
If you love to blab about books, welcome!