PUSHING THE “PAUSE" BUTTON FOR A WHILE. 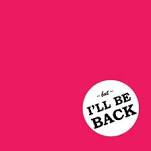 IN THE MEANTIME, PLEASE CHECK OUT MY WEBSITE: www.marileebrothers.com

Posted by Marilee Brothers at 12:42 PM No comments:

In 2008, I signed a six-book contract with Bell Bridge Books, a small but thriving publishing company based in Memphis, Tennessee. Moonstone, the first book in the Unbidden Magic series, introduced my protagonist, Allie Emerson. It took five books to wrap up Allie’s story.

I had one more book to write. I decided to explore a subject I’d been mulling over for a long time, namely, a teen-age boy living in an all male household who is suddenly forced to parent his infant daughter while finishing his senior year in high school. And, wouldn’t it fun to throw in a little magic along the way? 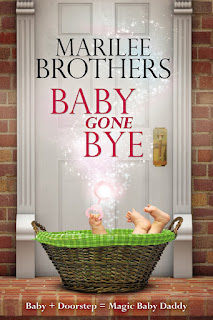 It took me nine months to write Baby Gone Bye. Yep, the same amount of time it takes to produce an actual baby. With some helpful suggestions from my editor, Pat Van Wie, I was happy with the end result. So, how did my book become an orphan?

First of all, it was released between Thanksgiving and Christmas, a time period I soon discovered is the dead zone for book sales. More importantly, it was not part of a series, and my loyal readers expected more than one book with my new characters. Sadly, my contract was not continued, so that was not possible. The book garnered good reviews, but sales were less than impressive.

Why am I re-hashing ancient history? Because, I just discovered Baby Gone Bye is on sale for $.99 at Amazon and will be for several more weeks. I’m hoping to introduce new readers to hunky teen father Gabe Delgado and his precocious baby girl, Birdie. I promise you interesting characters, exciting plot twists, a teen romance and a satisfying conclusion.

Most writers listen to music when they write. I’m no exception. However, it took a while to find my groove. I have satellite radio in my office with dozens of stations. What to choose? Semi-highbrow Classical Pops seemed appropriate. Surely, it would inspire me to create pages and pages of beautiful prose. Not so. After fifteen minutes, my eyelids began to droop. Time out for a nap. Jazz made me twitchy. Under the influence of New Age, I fought the urge to rip off my clothes, drape my body with diaphanous sheer curtains and twirl around the living room. 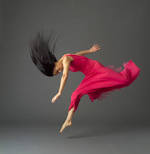 Then I found Outlaw Country. Warning: if your idea of country music is Taylor Swift and Kenny Chesney, Outlaw Country is not for you. No, I’m talkin’ Waylon and Willie. Johnny and June. Hank 3 and Shooter Jennings. I’m talkin’ cringe-worthy grammar like ain’t got none and she don’t love me no more, along with some truly creative cuss words. I’m talkin’ real life, podnah. So, grab hold of that saddle horn and hang on tight.

It’s all there. All of life’s challenges. Religion. Relationships. Break-ups. Drinkin.’ Lots of drinkin’ songs like You Ain’t Much Fun Since I Quit Drinkin’. Why, you may ask, would a person pick such an inappropriate and occasionally degenerate genre of music for inspiration? Killer question, indeed. Here’s my excuse.  I am the product of many years of living. Hopefully, my life experiences will help create a richer, more three-dimensional character. Oh, who am I kidding? I like to laugh and Outlaw Country makes me laugh.

Searching for a spiritual facelift? Here are a couple of songs for you: Drop Kick Me, Jesus, Through the Goalposts of Life. I’ve Been Roped and Thrown By Jesus in the Holy Ghost Corral. Heaven’s Just a Sin Away.

Relationships are always tough, especially when the object of your affection is flawed—Her Teeth Were Stained, But Her Heart Was Pure—or a teenage romance, Billy Broke My Heart at Walgreens and I Cried All the Way to Sears. Can a man be too impressed with himself? He certainly can! I Wish I Were a Woman So I Could Go Out With a Guy Like Me. Who could forget the following heartfelt ditty, There Ain’t Enough Room in my Fruit of the Looms to Hold All My Lovin’ For You.

But, when love goes wrong, as it inevitably does on Outlaw Country, there’s a song for that. It’s Hard to Kiss the Lips at Night that Chew Your Ass Out All Day Long. You’re the Hangnail in my Life and I Can’t Bite You Off. If You Can’t Live Without Me, Why Ain’t You Dead Yet? Your Negligee Has Turned Into a Flannel Nightgown.

Family Values? You’re the Reason Our Kids Are Ugly. Mama, Get the Hammer/There’s a Fly on Papa’s Head.

Feel a little naughty? These songs are for you: There’s a Party in my Pants and You’re Invited. How Can I Get Over You if You Won’t Get Out From Under Me? Get Your Biscuits in the Oven and Your Buns in the Bed.

Okay, I confess I’ve listed the most outrageous song titles I could find for this post. Most of the time, O.C. plays solidly good, old school, down-home country music that reflects America’s roots. And, they also feature wonderful new singers/song writers like Elizabeth Cook, Lucinda Williams, Jace Everett (he sings the True Blood theme, Bad Things), Elliot Randal and Kacey Jones whose song, 222nd Wind is featured on my website. So, give it a whirl. You might be pleasantly surprised.