My guest this week is author Heather Ashby, a Navy veteran who taught school and raised a family while accompanying her Navy husband around the United States, Japan, and the Middle East. In gratitude for her Army son’s safe return from Afghanistan and Iraq, she now writes military romance novels, donating half her royalties to Fisher House Foundation which supports wounded warriors and their families. Never Forget is Book #3 in her series, “Love in the Fleet” published by NY Times best selling author, Teresa Medeiros at Amber House Books. Heather lives in Atlantic Beach, Florida with her husband and two rescue cats. Be sure to leave a comment for a chance to score a copy of Never Forget. Welcome to Book Blather, Heather. 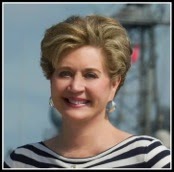 Where did you get the idea for this book?

First of all, thanks for inviting me today, Marilee, and letting me share Never Forget with your readers. I write love stories set at Naval Station Mayport, Florida where I live. When I read that Mayport would be receiving amphibious assault ships in 2014, I researched the ships. The idea of the World Trade Center steel melted into the bow stem of one of them, the USS New York, grabbed my attention. It took me a few weeks to get past the “I can’t do this; it wouldn’t be right,” to realize that if I didn’t write it, somebody else would. As a Navy veteran, Navy wife, Marine Corps daughter, and mother of an Army infantryman who has fought in the War on Terror, I felt I was qualified. I figured if I could empower the spirit characters with some control over the ship, the crisis, and their destiny, it would allow them to move from victims to victors. 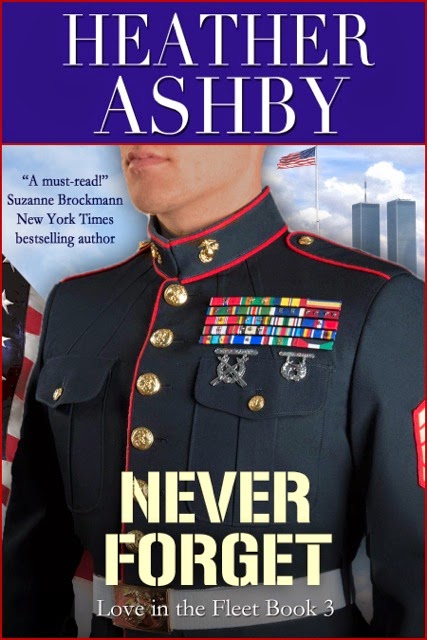 A British Royal Naval officer visiting Mayport a few years back had already given me the idea for the officer exchange program. This allowed me to not only write the love story of Gwyn and Adam aboard the New York, but also the story of the officer Gwyn trades with. Nick, who is the tie to Books #1 and #2 in the series, goes to Gwyn’s former ship, the HMS Atlantic, and—as characters do in romance novels—falls in love, too. This makes Never Forget a two-for-one romance novel.

Do you anticipate criticism due to the book's connection with 9/11?

I wouldn’t be surprised. Heck, I was upset with the premise in the beginning. However, I would ask those critics to please read the book first and then share their criticisms with me. A review by Romance Junkies says: “A beautiful tribute to the victims of 9/11.” Rita Clay Estrada, for whom the Rita Awards are named, called it: “A BIG package that delivers BIG stories with characters you’ll love. A can’t-put-down read!” 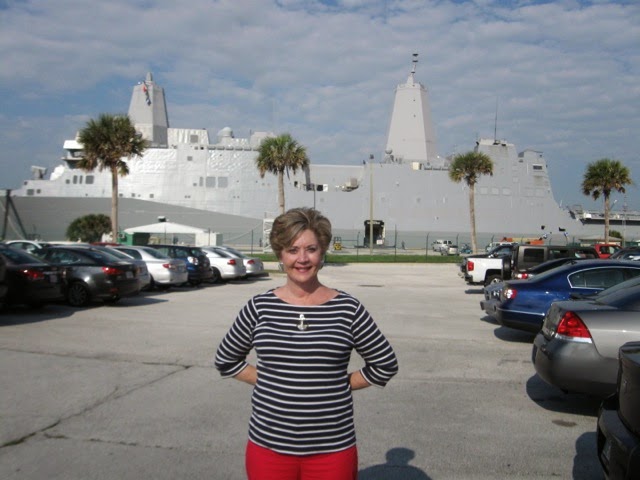 How did you get your start in writing military romance?

Suzanne Brockmann and Merline Lovelace were some of the authors who got me through my son’s deployments, because I knew the military heroes would come home safe and whole at the ends of their books. While I was reading, the muses whispered in my ear, reminding me that I was a military vet and a writer. They went on to suggest that I think about writing a military novel of my own. Once my son was safely home and out of the Army, I did just that—with the added incentive to donate half my royalties in support of military families who had not fared as well as mine did in the War on Terror.

There are rumors that the handsome cover model on your books is your son. Any truth to that?
I could give you the standard military answer of: “I can neither confirm nor deny that, ma’am,” but I’m just so ding-dang proud of him that I will admit that—YES—my son is the cover model. I have to laugh when readers write and mention that they feel funny saying “your son is hot.” I liken the situation to sexy firefighters who pose for calendars to raise funds for a worthy cause. My son is totally on board with supporting Fisher House Foundation—enough to sink to the level of being a proud Army Infantryman who dons Navy and Marine Corps uniforms for a good cause. 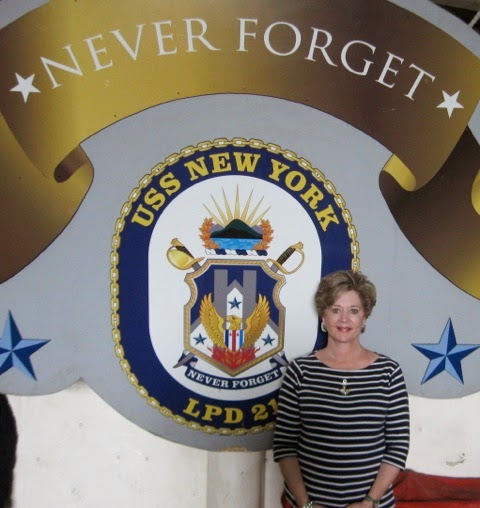 What's next for you? A dozen spirits are introduced in Never Forget. Don’t want to give any spoilers, so I’ll just say that some of them are able to leave the USS New York and go to the light by the end of the book—with more becoming eligible by the end of Book #4. My Marine Corps advisor and I have already begun Unforgettable (March, 2015). Let me give a shout out to Christopher Bergeron here, because not only does he help me write about amphibious assault ships and Marines, but he’s also the photographer for “Love in the Fleet’s” awesome covers. Seeds for the love story in Unforgettable are planted in Never Forget. By the way, all the books in the series read as stand-alone books, but I think they’re more fun to read in order. Check out Amberhousebooks.com or my website, heatherashby.com for details on the other books.

Let me leave you with a little teaser for Unforgettable: Besides the rest of the spirits trying to pass to the other side and a hot love story between two pilots, picture “Black Hawk Down” on the Horn of Africa, but with a blond, female, American pilot this time.

Thanks for inviting me today, Marilee. I’ll be spending 9/11 with a tissue box, a notepad, and a marathon of 9/11 footage on TV. It helps me empathize with the victims’ families, understand my characters better, and never forget. I’m curious how your readers honor 9/11. Or perhaps, they have a special story about hearing the news on September 11, 2001. I have a digital copy of Never Forget for one lucky commenter.

With 7.5 tons of World Trade Center steel melted into her bow,
what if there are more souls aboard the USS New York
than the sailors and Marines stationed there?

And what if those souls can help the troops defeat al-Qaeda this time?

When Royal Navy officer Gwyn Pritchard reports for exchange duty aboard the USS New York, she’s the only person who sees 9/11 spirits roaming the decks. The daughter of a famous Welsh psychic, she learns the ghosts must complete a mission in order to pass to the other side. The sole survivor of an IED blast in Afghanistan, Marine Corps Gunnery Sergeant Adam Connor is wrestling with his own issues, but when he learns Gwyn is seeing ghosts aboard their ship, he becomes her confidant...and her lover.

Passions rise to fever pitch when the New York rushes to liberate hostages in North Africa. Can the spirits provide the right intelligence for the Marines to save the prisoners? Can Gwyn help the ghosts move on to the light? And can Adam and Gwyn find the love they’ve searched the world over for?

Posted by Marilee Brothers at 7:20 AM