SELF PUBLISHING, PART ONE 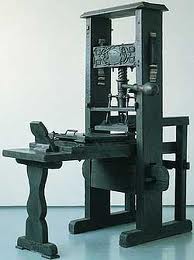 Welcome to Part One, Book Blather's look at self publishing. Part One covers the who and why, starting with new author, Rebecca Rogers. Next up will be Erin Lale who analyzes the technical aspects of publishing your own works. In subsequent posts, we'll look at where and how and feature comments from writer friends on the ever important aspect of marketing.


Who in the world self publishes? Just about everybody, that's who. Not so long ago, real writers were given stern warnings about evil 'vanity presses." They were for people who just weren't good enough to make it in the professional writing world.
AKA: losers.


Enter, Amanda Hocking, the 26-year-old who took matters into her own hands and began publishing her own books, marketing them for $.99 on Amazon. Was she successful? Um, yeah, if you call selling thousands of books and then landing a four book deal with St. Martin's Press successful, yes, she is. Even though Hocking is the exception, many multi-published authors are leaving the Big Six to take charge of their own careers. To name a few, Janet Wong who had 21 traditionally published books and J.A. Konrath, the master of self-promotion Children's writer Chris Eboch wanted to write a book set in Egypt. Her editor said there was no interest in historical fiction and besides, they already had a book set in Egypt. Her agent said he couldn't sell it without zombies and mummies. So what did Chris do? You guessed it. Within a couple of months, she published it herself, complete with illustrations by Lois Bradley. Yes, times, they are a-changing.
What about the discouraged young writer following all the rules, only to be slammed with rejections? Time and again, new writers are told, "First, get an agent." Oh, really? Is that easy to do? Agents want to make money. They want to know what you've published. Oh, you're not published? Oops, the Big Six publishers won't accept a submission unless it's from an agent, so basically, dearie,you're screwed!


I asked Rebecca Rogers to kick off this series on self-publishing. Her book, Silver Moon, was previously featured on Book Blather. When I asked Becca why she chose the self-publishing route, she replied, "It was a series of discouragements that led me to self-publishing. After two years of trying to find and agent and watching everyone around me land not only agents but book deals, I finally convinced myself I'd still be getting my stories out there, just not in the traditional way."


Welcome back to Book Blather, Rebecca.

I’m no connoisseur with self-publishing, but, in my experience, I can tell you a few things.
The first common misconception about self-publishing is that it’s a last resort for those who weren’t picked up by agents and/or publishers. While this may ring true for many authors out there, it’s not the only reason. For me, personally, it’s about getting my story out in the world so a wide audience can enjoy it as entertainment. I also like creating book covers and knowing that I’m in control of my sales. The formatting isn’t always pleasant, but it’s worth it in the end if you want to make your book shine.
The second frequent belief is that all self-published books are crap. There are those out there that automatically look down upon books that are self-published and assume they’re not worth the time. It’s too easy for someone to write a book (or something that closely resembles a book) and throw it on the internet for the whole wide world to see and pay money for. But this isn’t always the case. I’m sure there are plenty of books out there that aren’t great, but what you may find as horrible, another may find as magnificent. I’ve come across several indie books lately that have received nothing but praise. 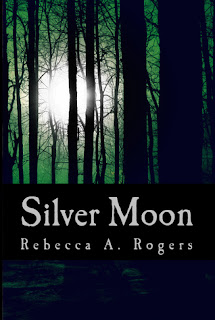 Did you notice I used “indie” in the previous sentence? Yes, my friends. I’m sure you’ve heard people argue about this term for a while now. I’ve seen several agented, published authors mention that we are not indie authors; we are self-published authors. Yes, we are self-published. No, we are not published with traditional indie presses. I do, however, believe that we apply as much, if not more, marketing towards our books as any publisher out there today. We may not have all the necessary tools, but we get the job done. For a more detailed explanation, I want to refer you to fellow indie author SM Reine’s blog post about the difference between self-published authors and indie authors. Plus, it’s easier to say “indie” rather than “self-published.” http://www.smreine.com/2011/05/whats-difference-between-indie-authors.html]]
I think the main thing to remember when you come across a self-published book is that it’s really no different than other books on the market and there’s the need for an open mind. Self-published books still tell a story, have characters, and are meant to engage readers. So don’t push aside your preconceived notions about self-published books just yet. With ever-increasing sales on markets such as Amazon’s Kindle and Barnes and Noble’s NOOK, indie authors are making headway.
Posted by Marilee Brothers at 9:03 AM